The fauna of Kobrin district is rich and various. It could be more richly, however some types appeared on the verge of disappearance in connection with reduction of forests and bogs. Careless economic activity, use of pesticides and herbicides led to very deplorable consequences. To restore specific structure of fauna, or even to fill up it – the most important task of the person. Practically the bear disappears, the quantity of wolves began to increase only recently. Works on increase in a livestock of deer, elks, roes are successfully conducted. Some types found an ecological niche in the area, having migrated from other places. This is a raccoon dog, a muskrat. At drainage of bogs the huge number of channels was dug out. Because of a lack of means these hydromeliorative constructions were simply thrown. As a result the huge number of beavers who already in many places began to disturb agricultural production divorced. 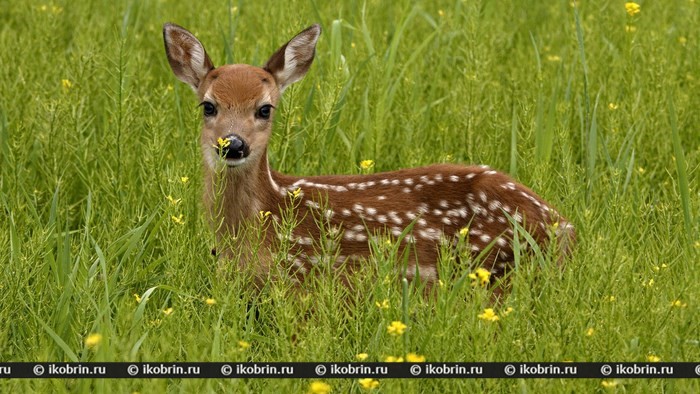 Mammals. Mammals of Kobrin district are generally presented by the types characteristic of fauna of Belarus. Among them the bison brought in the International Red List is of the greatest interest. This largest in Europe and one of the most ancient animals of our planet belonging to a genus of bisons. Directly bisons do not live in our area. However in recent years separate individuals of bisons around Gorodts, October, Kamenya and some other places repeatedly noticed. Quite, it is possible that bisons-odintsy are the old bulls leading a single life.

From hoofed animals the red deer, a roe, an elk and a boar are found in Kobrin district. Predatory mammals are presented by many types. The largest of them – a wolf, a lynx, a fox, a raccoon dog, a badger and an otter. From small predators the marten, the American mink, a polecat, an ermine, caress meet.

From insectivorous mammals the hedgehog, a mole, a common shrew are most widespread. It is interesting that hedgehogs quietly and freely feel not only in rural areas, but also in the cities.

Many types contain group of rodents. Among them such rare as a myshovka, a mouse baby, the sleepyhead, a hamster, voles (underground, the housekeeper and pashenny).

The hare hare meets rather often while the white hare is much more rare. Rather often hares visit also personal plots on suburbs of the cities (is what to regale and there are practically no enemies). From wing-handed animals many species of bats meet.

The avifauna of Kobrin district is exclusively rich and various. Here a large number of the birds characteristic of all territory of Belarus lives. Also the birds brought in the last edition of the Red List of Republic of Belarus meet. Here also the rough legged horned owl, a black stork and a big bittern live bearded neyasyt. There is also very rare species – a restless millerbird which has the international value. Near the lake Lyuban in Divin there are black storks. There was a unique fauna and flora. At construction of state farm "Dneprobugsky" unique bogs were drained, the great variety of channels is dug out, on the place of peat developments there were whole lakes. Over time all meliorative system was thrown, there was a natural bogging of many drained lands. At once behind the lake Lyuban enormous canes in which there are a lot of holes with water where there is a lot of fish grow and perfectly swans feel.

Night predators – owls are presented by many types which majority is included in the Red List. The largest owl – an eagle owl, the mass of adult birds from two to three kilograms, and the smallest – a sparrow horned owl who weighs only 60-80 g.

In Kobrin district many species of the woodpeckers widespread in Europe meet. In villages and villages they often "treat" gardens.

Reptiles. Practically all species of reptiles of Belarus meet. From snakes the most usual is ordinary which lives almost everywhere, and most often meets in damp places. Because villages grow old, some parts of villages and villages simply become extinct, the livestock of cattle was sharply reduced cases of continuous stay of ears directly in the territory of villages and villages became frequent. It is possible to see a viper ordinary and a medyanka less often. They did not manage to render habitable the abandoned territories yet, and many woods after thriftless activity became strongly rarefied. However there are a lot of vipers and lizards divorced on coast of the abandoned meliorative canals.

The most typical of lizards – a sand lizard. Usually it can be seen on glades among the light pine woods. The lizard, a little smaller by the sizes, viviparous lives on boggy pine forests, coast of the rivers and lakes. Veretenitsa fragile differs from other lizards in lack of extremities and meets everywhere. The marsh turtle, as well as a medyanka, is included in the Red List of Belarus.

Amphibia. To the area many species of Amphibia live. These are tritons ordinary and edge, a zherlyanka krasnobryukhy, the spadefoot, the tree frog, frogs and toads. Frogs grassy and ostromordy are ordinary in crude forest habitats, and a frog pond – in reservoirs with still water. From toads, most often, the toad gray, preferring the damp woods meets. Toads green and cane are more rare (the last is included in the republican Red List). Rather usual look is the tree frog who thanks to suckers on fingers can climb branches of trees and bushes. Most often she can be met in the broad-leaved woods and on damp zakustarenny meadows.

Fish fauna. The fish fauna is presented by many species of fish. Small fry, the perch, a ruff, a pike, a gudgeon, a tench, crucians ordinary and silver are ordinary. In Mukhavtsa and the lake Lyuban repeatedly caught catfishes. In the lake Lyuban vsrechatsya the huge sizes of a pike. Old residents claim that the eel was found in the lake. In recent years it did not meet. About 20-30 years ago in reservoirs (generally on bogs) there was an enormous quantity of vyyun. Now their quantity sharply fell. Nevertheless, often during fishing on meliorative channels they come across an ordinary hook. Main abundance of fishes in lakes, rivers and artificial reservoirs.

Insects. About 70% of all living beings inhabiting our planet – insects. Already now more than one million their types are open and described, but scientists annually find hundreds and thousands of new. The great variety of species of insects is characteristic of Kobrin district.

Groups of coleoptera, Hymenoptera, flies, Lepidoptera and semi-coleoptera to which share the main part of a specific variety of insects of the area falls are richest with types.

Many types of invertebrates live in the soil, a forest laying, rotten wood and under bark of trees. Feature of fauna of coleoptera is existence of a large number of the types living in dead wood at various stages of its decomposition. The matter is that in the woods sanitary cabins and cleaning of sukhostoyny wood are practically not conducted, there are many trees which are tumbled down by a storm. One of such types, prichevolno large and effective, is a bug hermit whose larvae eat the semi-decayed wood of deciduous trees. Adult bugs lead a nocturnalism and eat the juice following from wounds on a tree trunk. In Europe the hermit became a big rarity for a long time and is under protection. In Belarus he meets more often, but also the earth-boring dung beetle spring is included in the Red List, as well as.

From other coleoptera it is necessary to mark out the bark beetle printer – the main stem wrecker of a fir-tree. Dying off of fir forests on the big square can result from its activity. A certain harm is done also by other types of bark beetles, and also representatives of families a zlatok and woodcutters from whom the woodcutter skinner and the big fir-tree man with a big mustache are most noticeable and ordinary.

From many types of moths it is possible to note such as brazhnik, pavlinoglazk, she-bears and some types a scoop. By right are considered as Brazhniki as the best flyers among Lepidoptera and can gather speed to 50–70 km/h. They pollinate flowers on the fly, without sitting down on them.

From brightly painted day butterflies the sizes and coloring will manufacture the lentochnik and perelivnitsa who practically never are found on flowers. They always fly highly in crowns and go down only to drink waters from roadside pools. The most effective representative of Lepidoptera is makhaon, shape reminding the tropical relatives. You will not confuse this butterfly about any another. The main condition of its dwelling is existence of certain plants from family umbrella which its caterpillars eat.

Barkhatnitsa differ in a special gentle velvety raid on wings and a coloring in the form of "eyes". Meet also sennitsa-edipp and a butterfly of a krayeglazk roadside.

Also insects from group of Hymenoptera are various. These are different types of wasps among which the largest – hornets build nests in hollows of old trees, and also rogokhvosta, pililshchik and hospital attendants of the wood ants. From bee the special attention is drawn by the bumblebees appearing in the early spring when the majority of insects still is in hibernation. Recently in Europe decrease in their number therefore some species of bumblebees became rare is noted.

In the wildlife area of local value "Divin-Veliky Wood" you can visit the rare massif of a monoprepotent grabnyak which is quite rare in the territory of Belarus, to see a lady's slipper real (the quantity has no analogs in Belarus), to admire fine forest lilies of the valley.


LIST OF RARE AND PROTECTED SPECIES OF THE KOBRINSKY AREA

NT – the having unfortunate trends in surrounding territories or dependent on the carried-out protection measures,

National status of protection (category of the Red List of Republic of Belarus):

I – The types which are under the threat of disappearance which rescue is impossible without implementation of special measures.

II – Types which number is still rather high, but it is reduced catastrophically quickly that in the near future can threaten their disappearances.

III – Rare species to which now disappearance does not threaten yet, but meet they in such small amount or in such limited territories that can disappear at adverse change of habitat under the influence of natural and anthropogenous factors.

IV – The number and a state them causes types which biology is studied insufficiently alarm, however the lack of data does not allow to refer them to one of the categories stated above.

V – The restored types which condition does not cause fears, but they are not subject still to trade use and behind their populations the constant control is necessary.

Category 1. The types classified, as globally threatened dependent on measures of protection or on which there are not enough data.

Category 2. Types which world population is concentrated in Europe (more than 50%) and which have the adverse status (The European status of threat for types of this category is classified as: there are not enough data, localized, reducing number, rare, vulnerable, threatened).

Category 3. Types which world population is not concentrated in Europe, but which have the adverse status (The European status of threat for types of this category is classified as: there are not enough data, localized, reducing number, rare, vulnerable, threatened).

Category 4. Types which world population is not concentrated in Europe (more than 50%), but which have the favorable status (types which population makes more than 10000 couples or 40000 wintering individuals and which are not localized in certain places and have no considerable decrease in number).