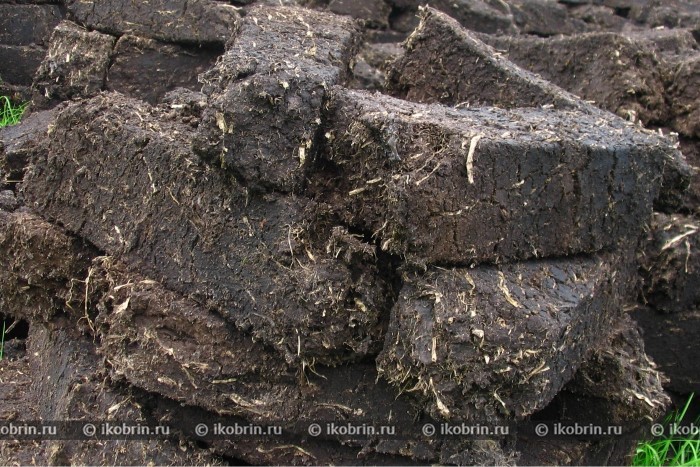 Minerals are of great importance for each state. They, on the one hand, allow to provide with mineral raw material resources various branches of economy, on the other hand, mining is followed by considerable influence on environment.

The territory of Kobrin district is located on one of the most ancient structures of crust - the East European platform (within the Russian plate). The platform has a two-story structure: in the lower part crystal rocks, and in top - a platform cover which almost completely consists their sedimentary rocks lie. Kobrin district is located on a joint of two geological structures: The Podlyassko-Brestsky hollow occupying northwest part of the territory of the area, and the Polesia saddle. The hollow is an area of sharp lowering of crystal rocks where sedimentary rocks lie up to the depth of several hundred meters. The saddle is the area of decrease of the crystal base located between two of its increases.

In general the mineral resources of Kobrin district are rather poor. The insignificant quantity of mineral construction raw materials and fields of peat is revealed, but only the insignificant part of them is of industrial interest. Reserves of minerals, generally nonmetallic, are caused by features of a geological structure of the district and history of development of the territory of the area. Main minerals of the area: clays, sapropels, peat, construction sand, sand-gravel material - are dated for the top part of a section of quarternary thickness.

Peat. Peat deposits in the territory of Kobrin district have a wide circulation. The prevailing their part is used as agricultural grounds. In the area there are 39 fields of peat among which there is a bulk of low-lying genesis. Dominate peat with average and strong extent of decomposition, and on structure - gipnovy, sedge gipnovy and sedge sfagnovy. Now the largest peat area in this part of Belarus is Kobrinsko-Pruzhansko-Gantsevichsky. The general zatorfovannost of the territory in its limits makes 23%. The main stocks (86%) are made by peat of low-lying genesis.

Clay raw materials. Deposits of clay raw materials are widespread in the territory of the area, but all of them are mainly small. In comparison with other regions of the country this type of raw materials meets less often. Stocks of the most large-scale deposit of clay - Podzemensky - make about 21 million m3 from which 16 million m3 are reconnoitered, 5 million m3 are perspective. Power of useful thickness of this field varies from 3 to 11 m these are generally fusible clays.

The largest field of sapropels in the territory of Kobrin district of Velikolesskoye. Stocks of 108,8 million m3. Fields of silicate, construction sand and gravel are connected with water and glacial deposits during retreat of the Dnieper glacier and alluvial deposits of floodplains and subinundated terraces of the rivers. 7 large-scale deposits and much smaller are reconnoitered. This material for construction of highways is used. In the sixties in the area fields of brown coal (the district of the villages of Bystritsa, Lepesa, Lutsevichi, Podberye) are reconnoitered.

The deposits of paleogenovy and neogenovy systems presented by the 1-40 km grayish sandy-argillaceous breeds containing lenses of brown coals are carboniferous. A depth of 35-70 m, power of lenses - 0,5-13 m, an ash-content of 14,4-32,4%, thermal ability of 3700-5800 kcal/kg. It is possible to develop these fields in the open way. Because of the small areas, a high ash-content at present they are economically unprofitable to be developed.