Monument to the Russian soldiers

To the tourist → Memorable places → In Kobrin 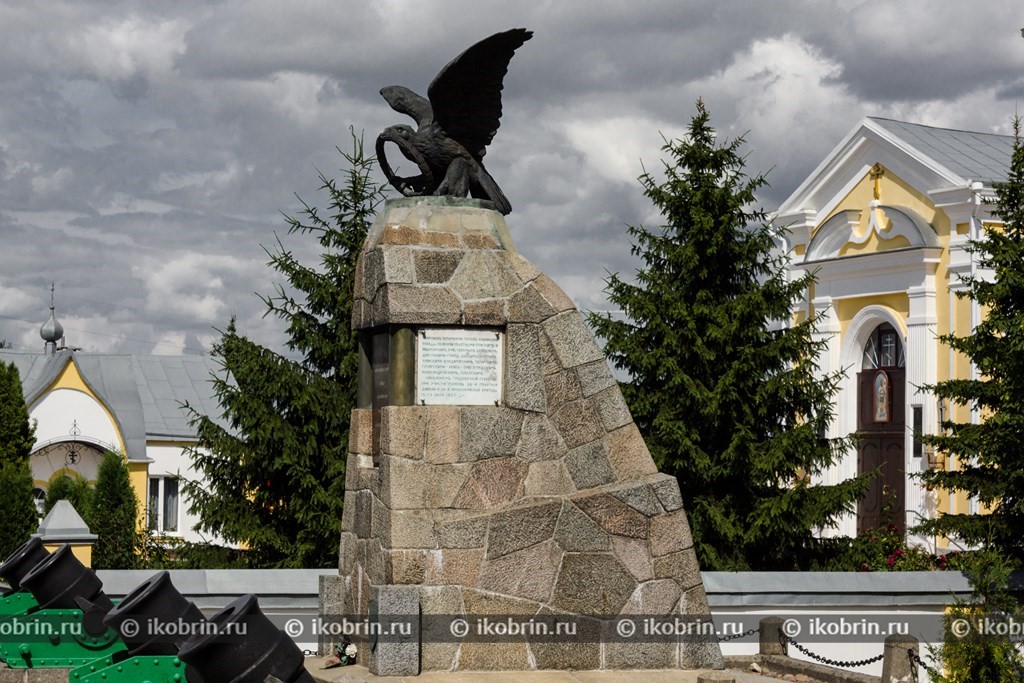 On the Brest region the main events of 1812 are connected with the 3rd Western army under Alexander Petrovich Tormasov's command. Its army won the first considerable victory in war. At the beginning of July, 1812 Tormasov received the order to act to Brest, Kobrin, Pruzhana and to act in the back of the French army. On July 13 (on July 25) one of its groups occupied Brest then several divisions of the 3rd army connected around Kobrin. 15 the general storm of the city (on July 27) began. The fort was held by the Saxon case of the general Jean Louis Rainier. Fight lasted over 9 hours. About 2 thousand Saxons were killed, Russians took 76 officers, 2380 lower ranks prisoner. Such result of battle very much inspired all Russian society. In honor of this victory in St. Petersburg from walls of the Peter and Paul Fortress the first salute sounded.

In July, 1912 in Kobrin the monument in commemoration of "the first victory of the Russian troops in 1812" was put. It was created on the funds raised by soldiers and officers of parts of the 38th infantry division and the 38th artillery crew who were deployed in the neighborhood of the city, and also on donations of inhabitants of Grodnenshchina and the regiments participating in fights. The monument exactly in a year in July, 1913 was open. The Grodno civil engineer Markov and the famous Warsaw sculptor Sigismund Otto became authors of the project. The monument turned out majestic. On front and lateral sides of a pedestal three marble memorial boards are located. On central the inscription is made of them:" To the Russian soldiers who won the first victory over Napoleon's troops within Russia on July 15, 1812". On lateral boards regiments which participated in Kobrin fight, the trophies and number of prisoners taken by them, and also sponsors at the expense of whom the monument is built are listed. During World War I, after Kobrin's occupation by troops of kayzerovsky Germany in 1915, an eagle and marble boards were removed by the German soldiers. In the Polish time instead of an eagle T. Kosciusko's bust of work of a local skulptorsha of B. Vidatskaya which after war in 1951 was replaced by the single-headed eagle of work of the sculptor M. Kerzin holding a wreath in a beak and paws was established. 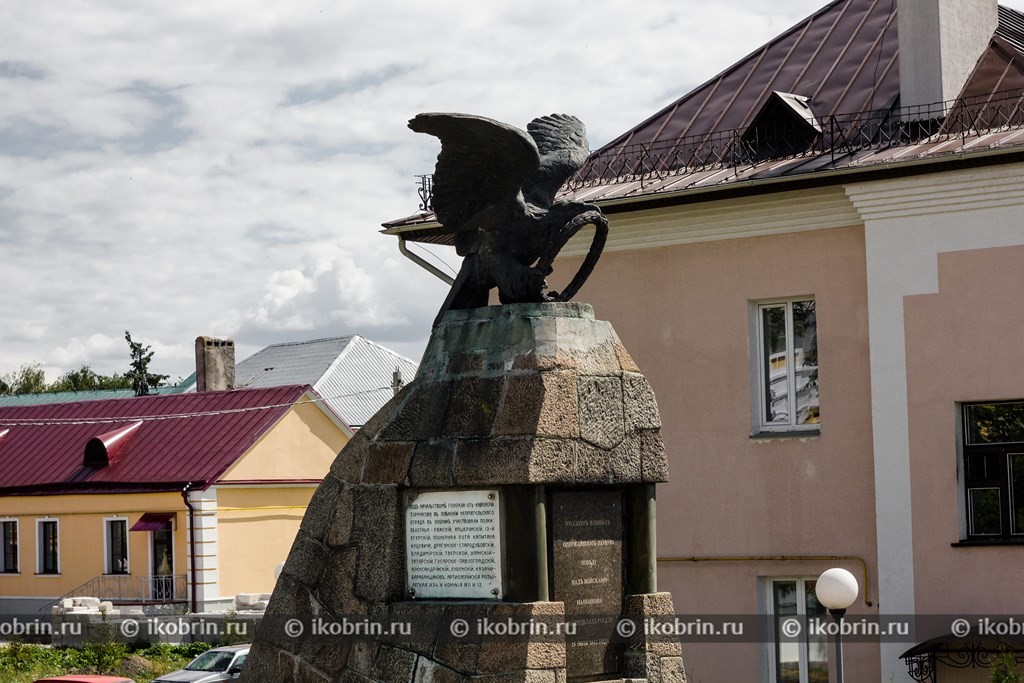 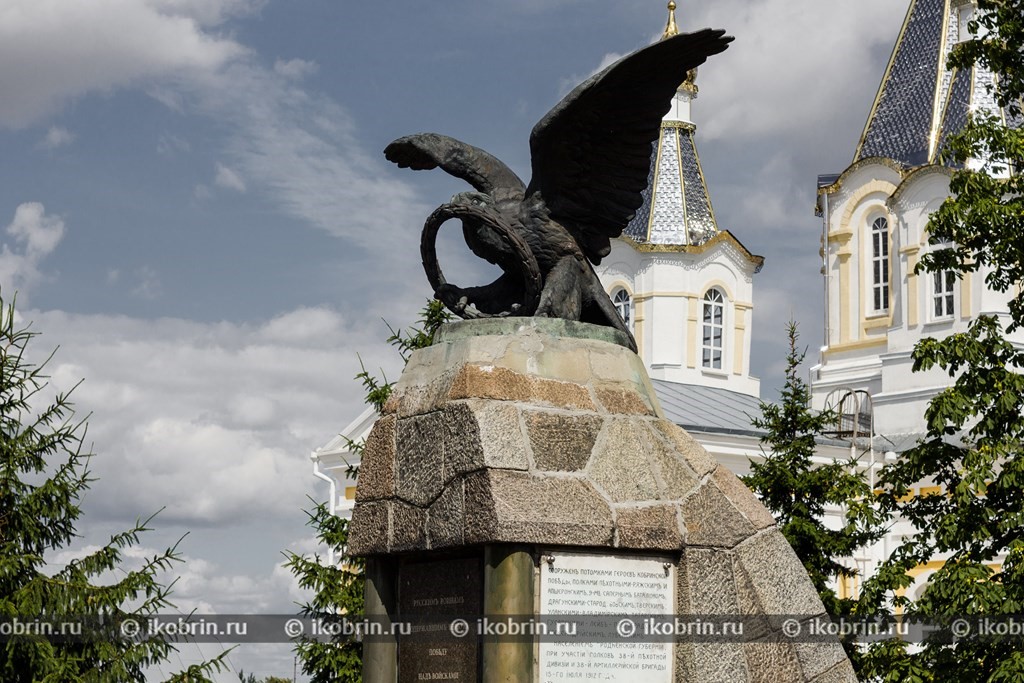 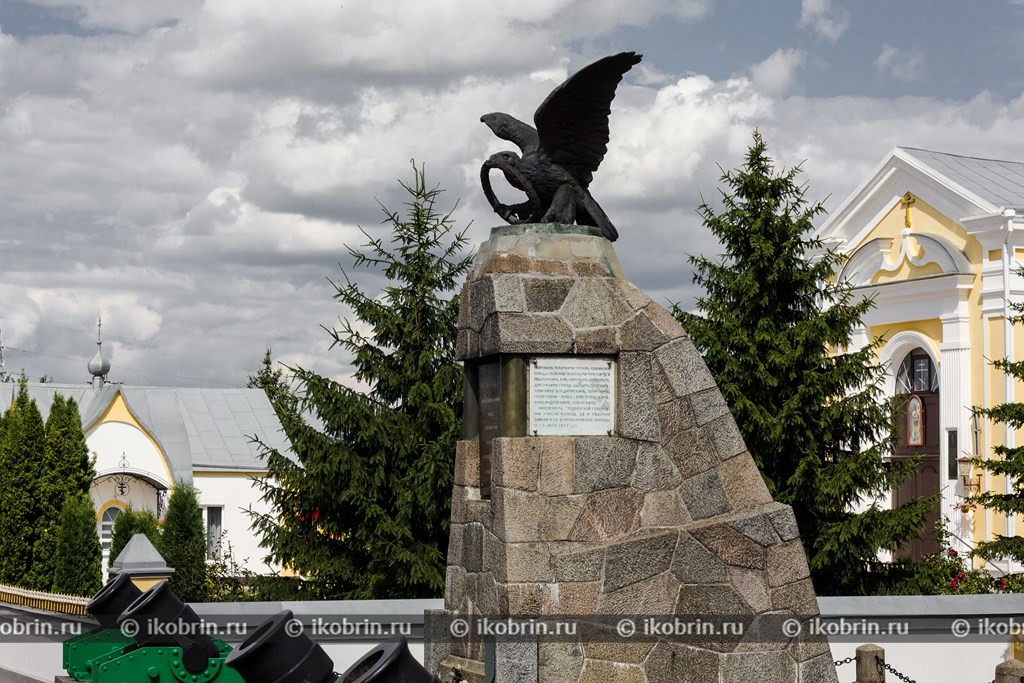 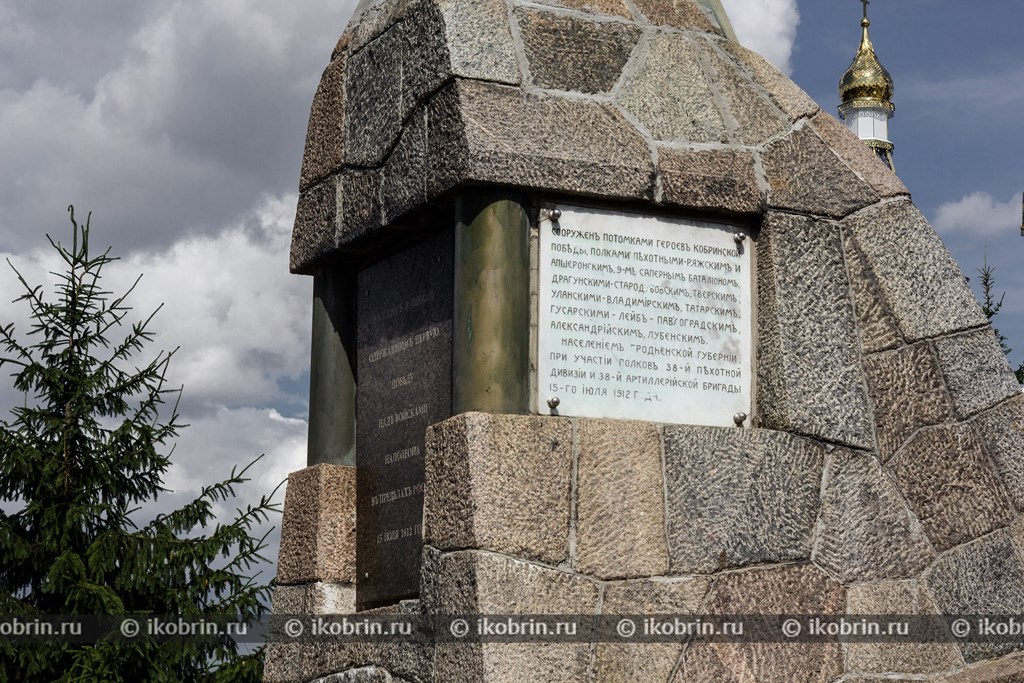 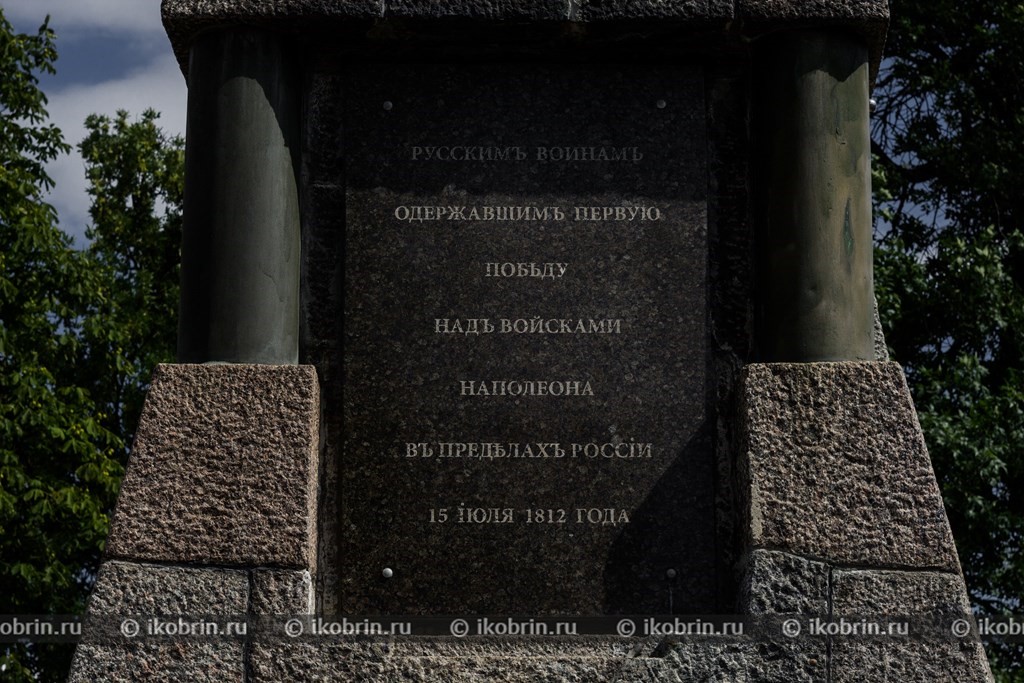 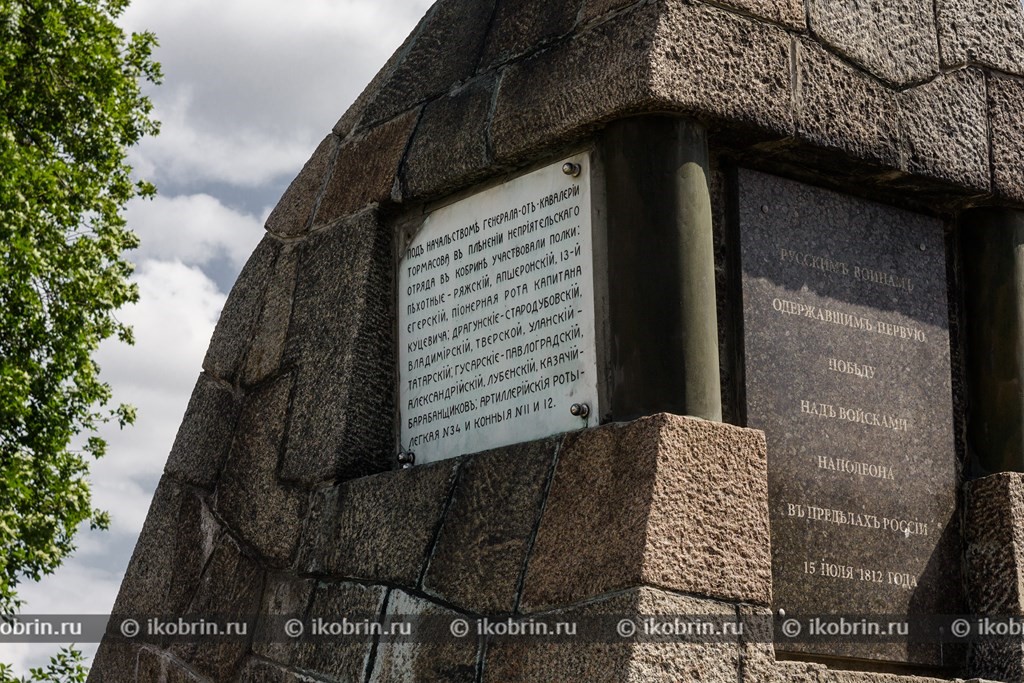 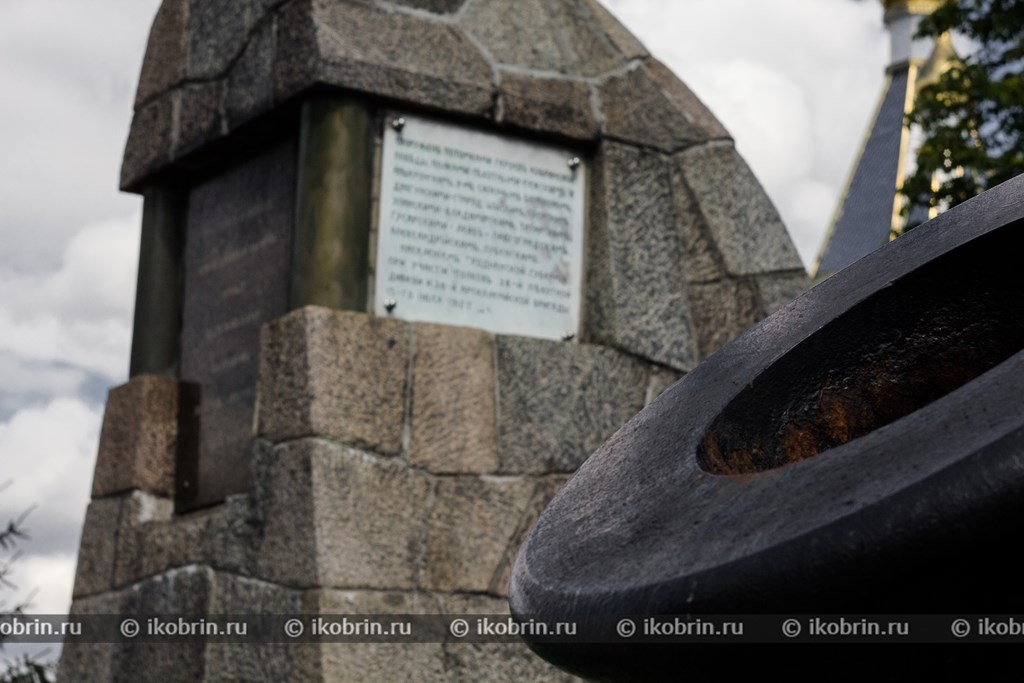 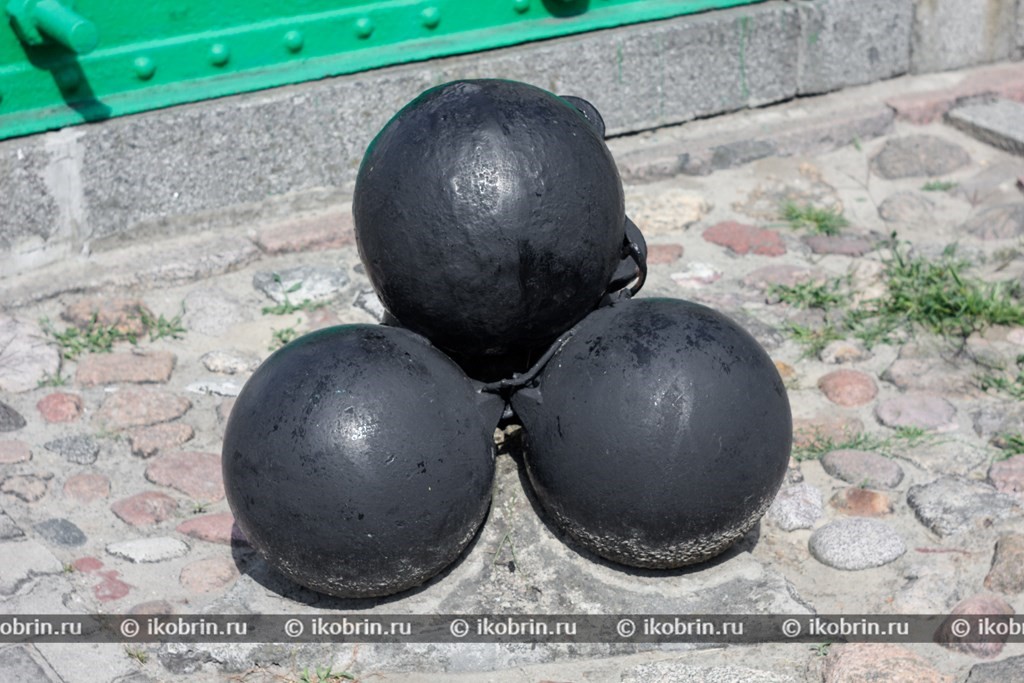 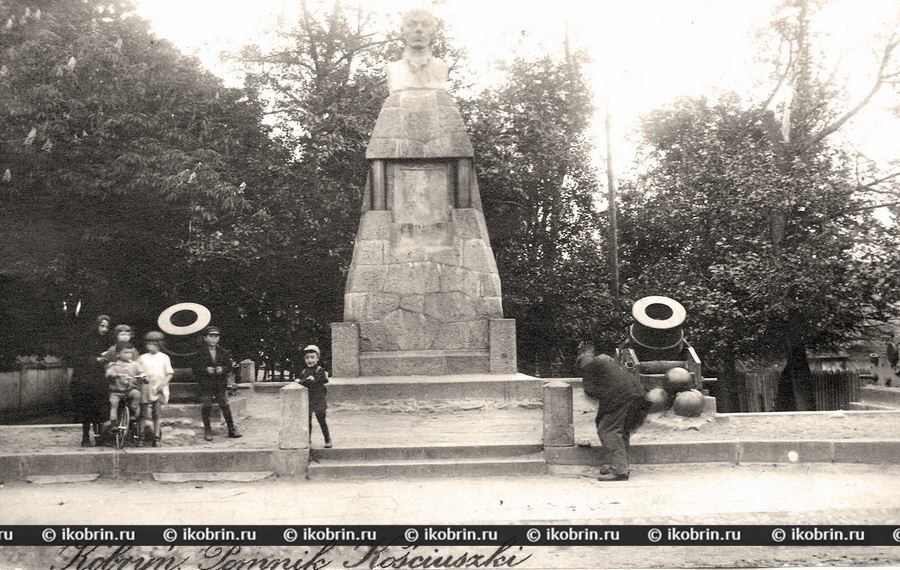 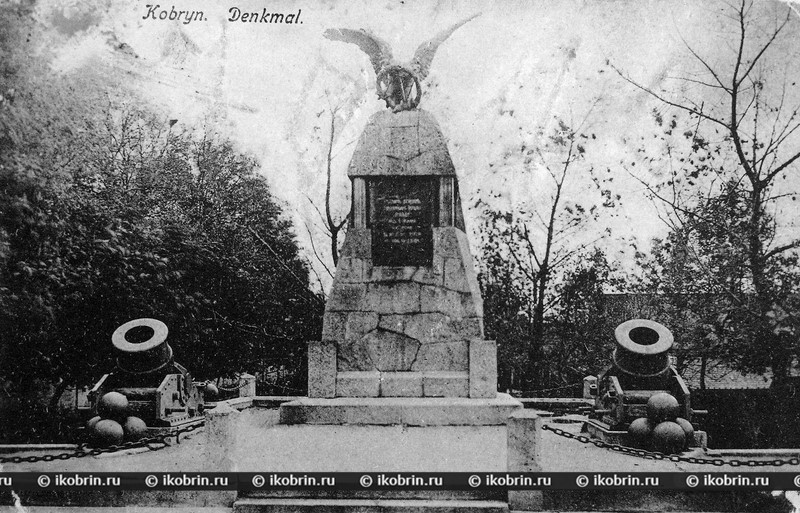 Monument to the Russian soldiers (with a letter N)

Project of a monument 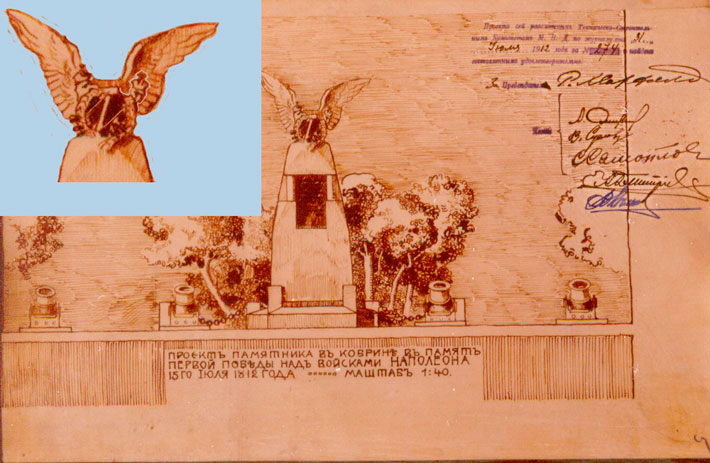 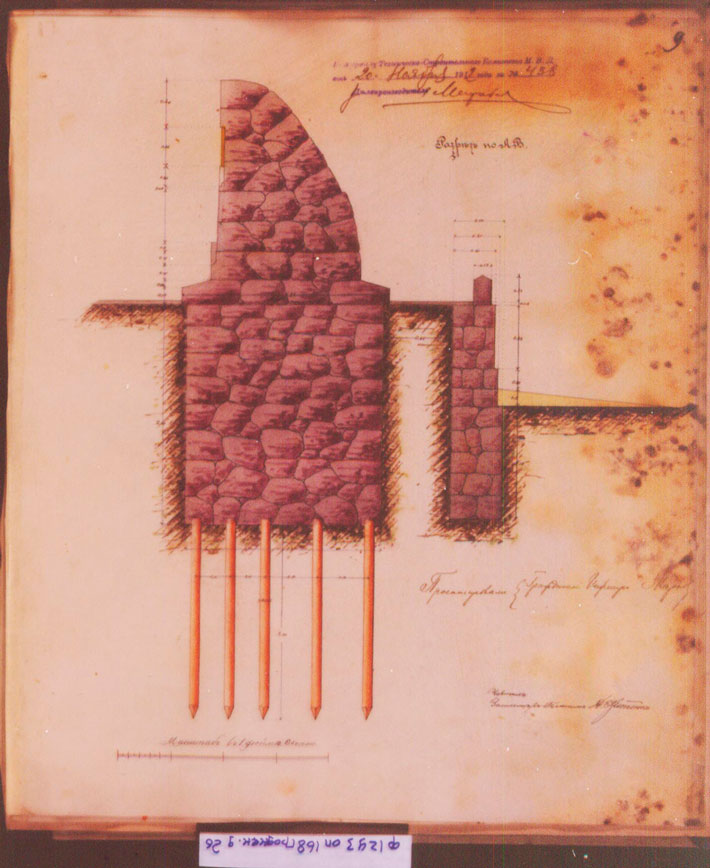 Arrangement on the card